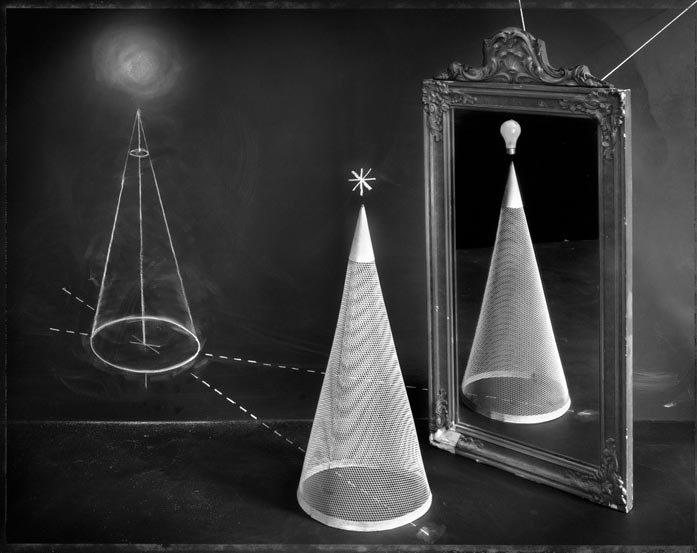 Descents into madness aren’t for the faint of heart, but they aren’t for the courageous either. Madness is the shanty town of the hopeless. We’ve all taken strolls down it’s muddy streets, rutted by the wagons of the collectors of the dead, ramshackle walls built around the broken dreams and silent screams of fates table scraps.

Solidarity. It’s an odd consequence of suffering. That during the times when we feel most distanced from the very world we can touch that we learn that freedom is not a release from power, but the gift of benevolence forced by the vitality that we find in the emptiness of our brothers and sisters. The union of suffering and liberation are links forged unbreakable that wealth and plenty can never hope to surpass. The irony, the paradox of ease, is the easy and cavalier manner humanity is reduced to I and Me, muting the love that we realized for our neighbor when all we had to share was a loaf of bread. That collectivism that organically springs forth out of the class struggle of extreme poverty and mental anguish is something that many fail to grasp. Namely, that socialism, communism, democracy, aren’t attractive but in the mire of depravity partaking of the fruit of social obsolescence. Revolution simply isn’t a popular vocation for a people who are generally content.

Sometimes the world around seems like it changed while you blinked. All the old places and memories don’t seem to fit inside anymore. And they sure as hell don’t match what your eyes behold. Everything’s shifted, just a little, just enough to make everything and everyone a stranger in a strange land. It’s the conflict inside, that moral turmoil that makes us human and leaves nothing the same. And that monster inside wakes up hungry and the same standard shit just isn’t enough to satisfy the question, the hunger to know and be known. We can only stand still for so long before we die or move, but that move, that move comes at a heavy cost.

And that descent into madness, that was how my journey began or rather, how my journey dragged me out my door and onto the great highway of human existence to which all doors lead to. Though many, to their own emotional poverty, think that they can learn all that there is to know by gazing out their windows. But when we finally do venture out, for whatever the cause, the truth cuts to the quick and you learn, as I learned, that simple explanations fail out of the gate and armchair politics is just a bag of shit that you carry around because you can’t smell the stench anymore.

But anyway, to move this along a little bit, I’ll sketch out my formative years a little, just to give you your own little way in through the looking glass into the turbulence that was my adolescence.

I grew up in a small town that was a big town that was a small town. That may sound like a bit of rambling nonsense, but it’s one of the more succinct definitions that I can think of. It was indeed a small town, that was also a resort town, which made it a seasonal town, which in a sense made it big. But the schools, I think, are what made it a small town. That and to some extent the dense collections of churches for a rather miniscule population, proportionately at least, by my estimation. But it was the schools, that meat grinder through which we all must pass, that provided a social prophylactic against the sort of isolationism and possessive individualism that seems to be the accoutrement of choice in most urban and suburban communities these days. But in a small town, the schools, in a process that seems almost like osmosis to me, slowing builds the community that will replace their parents, at least if they don’t flee like a bat out of hell like I and many of my contemporaries did.

But I did, in my most conscious moments, the best that I could to avoid and confound that social mixing bowl of childhood, rarely revealing to those around me, and certainly not myself then, who I really was.

Who I was, was profoundly fucked up, emotionally disturbed and trying desperately, even as a child, to hold up a façade to the world that my life was great, that everything was swell at home and that I was just an ordinary, if at times overachieving, child. And that, my friends, is what they call hero child syndrome.

In reality, my life was what at times felt like one unending night terror. I was presented at birth with an emotionally and mentally unstable addict who was a Jekkyl and Hyde alcoholic for a mother and a largely emotionally absent, on account of my mother, father. And that was normative for me. Those moments of sanity and sobriety in between the long night of my youth were like trying to catch your breath during an asthma attack, your mind just clawing at the surface trying grab ahold of anything solid.

Eventually, I gave up. Around 16 or 17 I began embracing an ethos of apathy and by 18 my soul had screamed an internal FUCK YOU at the world and I left school early. And what I did when I left would ultimately set me on the path of Leftist politics and historic Protestant orthodoxy.

My walk-about, if you like, led me to enroll in a bible college, though putting up College on their sign was more than a bit of a stretch. Still, it gave me the space to start to think without the constant empty pit in my stomach and the anxiety of never knowing what going home would look like.

(O yeah, the protestant thing. What I failed to mention is that through most of my self-aware adolescence I maintained a deep and abiding faith in God, though if you had the opportunity, like I did, to observe up close most of modern Christianity’s greatest errors and hypocrisies, you’d sometimes wonder how you did, as I have at times. Nonetheless, during my young life being dragged by the hounds of hell through their backyard, I had never finally wavered in my Christianity.)

Pardon me if I don’t dwell too long on my Evangelical summer camp phase of my life, though I will say this. I gained three things while attending and being employed by an Evangelical School, I met my wife, I rekindled my love of all things academic and a distinct discomfort with all things Republican Party began to germinate in my heart.

As I began to question the many assumptions that I had allowed to construct my political worldview, I remembered having been impressed upon me, what I now believe to be well intentioned at best, that we were founded as and continued to be a democracy. That we were a nation which ruled itself by its collectively expressed will, that those whom we elected had embarked upon a commission that was sealed by a covenant between the commonwealth and those chosen to serve it. Our leaders were those entrusted, for a term, to set their own ambitions aside for the good of all. But I had come to see that the world was a much different place and that we were all, to our forbearers shame, sold a bill of goods.

Democracy, I have come to believe, is something we imagine we practice to keep ourselves from stepping over the sheer cliff of recognition, recognition that would demand anger and action while at the same time tempting with the narcotic of apathy. And apathy is the true opiate of the masses, stronger than any belief or fear, it’s the acceptance of hopelessness as the true and natural state of affairs. And that I could not abide. Nor should anyone who cherishes not simply their own freedom but who loves their neighbor as themselves. Because, and I hold this as a truism, the true lover of freedom and liberty should be unpretentiously devoted to the needs of those around them. For only in loving others may we ever love ourselves; this is communitas, this is patriotism, this is democracy.

…whenever we make the warrant to believe in Christ to any degree dependent upon our subjective condition, we distort it. Repentance, turning from sin, and degrees of conviction of sin do not constitute the grounds on which Christ is offered to us. They may constitute ways in which the Spirit works as the gospel makes its impact on us. But they never form the warrant for repentance and faith.

Begin typing your search above and press return to search. Press Esc to cancel.