As the Government of the United States of America is not, in any sense, founded on the Christian religion,—as it has in itself no character of enmity against the laws, religion, or tranquility, of Mussulmen [Muslims],—and as the said States never entered into any war or act of hostility against any Mahometan [Mohammedan] nation, it is declared by the parties that no pretext arising from religious opinions shall ever produce an interruption of the harmony existing between the two countries. ~  John Adams, Thoughts On Government Applicable To The Present State Of The American Colonies.: Philadelphia, Printed By John Dunlap, M,Dcc,Lxxxvi

The insistence that America was and is a Christian nation, by an Evangelicalism broadly defined, is built upon a Christianity that is dominated by a Jeffersonian egalitarianism that has very little to do with orthodox Protestantism or even a traditional Catholicism. It’s a Christianity conceived as an individual perception and conception, eschewing both tradition and education; an intentional disconnect from the faith of our fathers. It’s a system the dismisses any authority that is does not elevate the will of the parishioners as primary; it insists to such a degree the priesthood of every believer, either by not acknowledging or through ignorance of the definition of the clergy as a vocation and its requisite qualifications, it sees no point in the education of ministers, nor the guidance of church history in its breadth nor narrowly by particular creeds and confessions.

As a consequence, rejection of the past and the intellectual isolation it brings seems righteous and liberating. And in its infancy, appears the correct choice, as a repudiation of the sins of our forefathers both real and imagined. But as often happens in revolutions fueled by tyranny and oppression, the enlisted soldiers of liberation, both of the masses or the minority become the inquisitors. In the pursuit of preventing the sins of the past and granting humanity to the memory of the fallen, they become the abusers of the new underclass.

And that seems to be the thing that we either avoid confronting or just don’t have the time to contemplate — that revolutions propelled by violence, be it through force of arms or political coercion, never produce equality. It always demands reparations. It always demands vengeance cloaked in acts of justice.

Without distinctions, without declarative and vigorously defended ideologies and traditions, there can be no diversity and by consequence, no dialogue either of the intramural sort or the kind one imagines should carry on between parties of diverse opinion and position in a society of intellectual rigor.

But those are things which matter little when your ears itch. You need it scratched and quickly. END_OF_DOCUMENT_TOKEN_TO_BE_REPLACED

D.G. Hart hits it spot on regarding the relative confusion and pathos that is the presence of the evangelicalism on the right and especially in the Republican party. Theocratic tendencies will always attempt to assert themselves in a vacuum of political sensibility and absence of a true, formal and active distinction between that which is Sacred and that which is Secular. END_OF_DOCUMENT_TOKEN_TO_BE_REPLACED

They do quite often and blatantly so.

END_OF_DOCUMENT_TOKEN_TO_BE_REPLACED 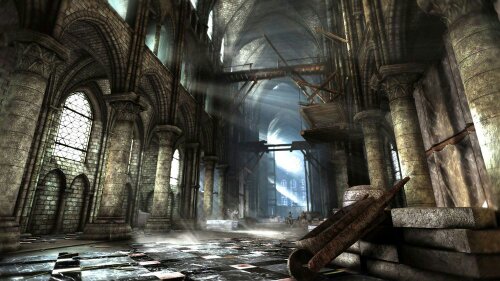 The coming of civilization, why, that’s just the death of society.

END_OF_DOCUMENT_TOKEN_TO_BE_REPLACED

I think that all political conservatives should hate, I mean HATE, Abraham Lincoln with an abiding passion. The kind of contempt and furious anger that Rush Limbaugh has when his oxy dealer is out of town. But it isn’t a hatred born and fueled by racism, though that is certainly mixed in the clay, it should come from the realization of what the actualization of these words would look like, END_OF_DOCUMENT_TOKEN_TO_BE_REPLACED

Now, I won’t accuse him of duplicity and I’m a bit late to the party as far as commentary, but why the hell is anyone invoking lines that may not be crossed or we may become cross END_OF_DOCUMENT_TOKEN_TO_BE_REPLACED

I dislike political ideologies, in fact they make me cringe. Whether it comes from the Left or  the Right, they have the unintended effect of often disregarding the actual context of issues for the sake of the fidelity of the paradigm. When ideologies take precedence over people, real issues having to do with real people have the tendency of being submerged by rhetoric, up to something like 47% percent.

Now, the one or two people who have read my posts here with any consistency might remember the guiding principle of Loving Your Neighbor that I have suggested as a corrective to rabid nationalism parading as patriotism and ideologies of personal success as the primary goal of the responsible citizen.

But my intention today is take a further step and suggest that it is more than simply an idea that frees patriotism from the bonds of radical nationalism, but that it is a guiding principle that not only explicates the primary purpose of the blessing that is wealth but also displays the impoverished state of Republican politics.

The slogan of the New Conservative seems to be that wealth is the great indicator of personal success, a measure of your contribution to society and the personification of the American Dream; when in fact it confuses upward mobility with liberty. What they fail to appreciate is that on the one hand this marginalizes and disenfranchises some 47% percent of the population (there’s that figure again) and overlooks that fact that rightly understood, as I shall endeavor to explain, wealth proves to be the most burdensome of all the potential possessions of the denizens of a just society.

Justice is what separates society from anarchy, it is the fundamental distinction and possession of government which distinguishes it from mere brigandage. To quote St. Augustine, “In the absence of justice, what is sovereignty but organized robbery?” Society is something which elevates us above the mere beast, but justice is what separates us from the madman, from the tyrant, from oppression.

But the pursuit of justice, if it is the primary obligation of society, must begin with the individual and ripple outward to infiltrate the deepest and darkest crevices of society, yet failing that, government becomes the institution of last resort, where justice is maintained and exercised as the essential right of the people. This is also an indication of where the Right has got wrong and Left has got it right, it’s why I’m a Democrat rather than an independent. For all of our flaws and internal disagreements, of which there are many, we are united by the essential conviction that the calls for justice begin with the people and become the responsibility of government when the demand for justice falls on the deaf ears of the elite; justice is sovereign.

So how exactly, you might ask, are justice and wealth related that it causes wealth to be burdensome rather than liberating? Well, as our President has rightly pointed out, personal success is not simply the result of individual effort but instead is the culmination of a symbiosis that, whether regarded or not, produces the environment and opportunity for personal achievement. When we admit that success is an irreducible element in the tapestry of our people and place, we must also admit that our blessings gift us with the burden of becoming the opportunity for those without that others were for us. To do otherwise is unjust and unpatriotic. Yet it is not a burden that is oppressive. Instead, it is an opportunity to be a true patriot, to exercise intimate concern and care for our People and Place.

America, come election time, we have the opportunity to show the world what a real patriot is. We can show the world that we can band together, setting our difference aside, not to combat terrorism or foreign powers, but to care for the People and Place which birthed us and gave us all that we have. To be a people who care more about eliminating poverty and ignorance than about victory and profit. And Democrats, we have to be both the conservatives and the liberals, the Republicans have committed suicide, it’s up to us now.